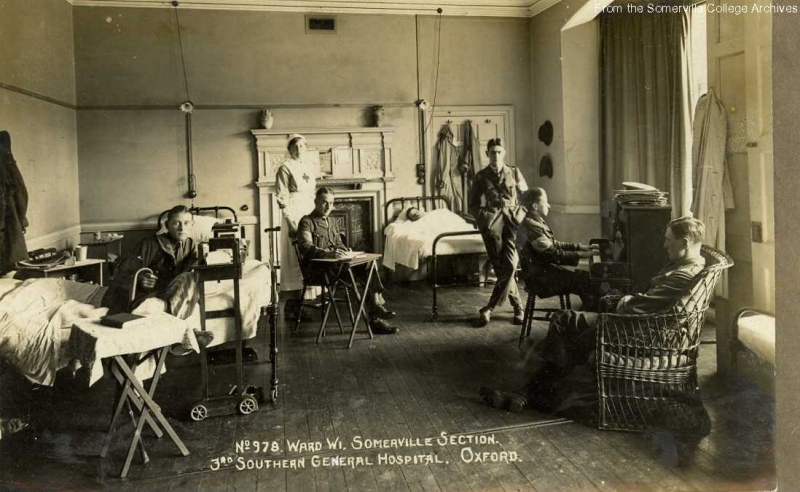 “The Principal was authorised to have a few photographs taken of Somerville College as at present used.” Council minutes, 4 June 1918

In June 1918, Somerville commissioned a photographer to record the college in its wartime role as a hospital.

The resulting Somerville Section, 3rd Southern General album contained 12 views of the college, and there were additional images issued as postcards. Some of the photographs capture the detail of life as a patient in a military hospital, others appear to be conventional views of college buildings but on closer inspection, patients recuperating in the shade of the college gardens can be seen. The apparently quiet quad, photographed from another angle, is shown to contain tents and it was the use of tents as well as the conversion of large rooms into wards which increased the hospital accommodation to over 250 beds, the college having housed fewer than half that number of students before the war.

Once the war had ended, it took many months for the War Office to vacate the site and make the necessary repairs before handing it back to the college. A year after these photographs were taken, in June 1919, Somerville was able to return to the Woodstock Road and a new generation of students took up residence.