In May 1916, a second Military Service Act extended conscription to married men. Inspired by this, on 31st May 1916, Somerville’s Parliament considered a bill to conscript women, so that more men could be released to the armed forces and women more efficiently organised to replace them.

It was proposed that women between the ages of 18 and 38 should be called up, using the National Register as the basis of the conscription. Those passed medically fit would either be considered for roles in agriculture or munitions, or for lighter duties. Women would be allowed to state what sort of work they preferred but the needs of the nation would be paramount and deployment would be organised through labour exchanges.

A vigorous discussion conducted entirely by first years ensued, the motion being ‘violently’ opposed on the basis that conscription was unnecessary as women had already risen nobly to the cause.

The records of Somervillian war work would appear to support this view-point. In the early years of the war particularly, much of the recruitment and organisation of the female workforce was in the hands of the women themselves. This enabled many to incorporate some form of national service with their other duties and the majority of Somerville’s fellows took this approach, as did many students.

For women with children, family responsibilities were not always easy to integrate with full-time war work. As with the Military Service Act, the proposed ‘Women’s Service Act’ was to have exemptions to conscription, including married women and widows with children, school teachers and medical students. The employment of domestic staff would also be limited to ‘1/2 in each household’. Even without conscription, some Somervillians recorded ‘care of young children’ or ‘care of family releasing other labour’ as their war-time occupation. Whether this was by choice or forced upon them by the departure of domestic staff is unknown!

The male labour shortage opened up many more professions to women, ostensibly for the duration of the war although the long-term effect was to defeat the argument that women were unsuited to or incapable of such work. Some Somervillians were specifically appointed as ‘substitutes for men’, mostly those who had taken up teaching roles in boys’ schools. Others took over family concerns – Rosa Hughes running a printing works and Vera Bowers taking on the management of the family estate and colliery. A significant number of Somervillians were members of the civil service, some such as Henrietta Escreet (one of HM Inspector of Factories and Workshops) continuing in their pre-war roles, others joining the Treasury, the Board of Customs and Excise, the War Office and the War Trade Intelligence Department (Ministry of Blockade). 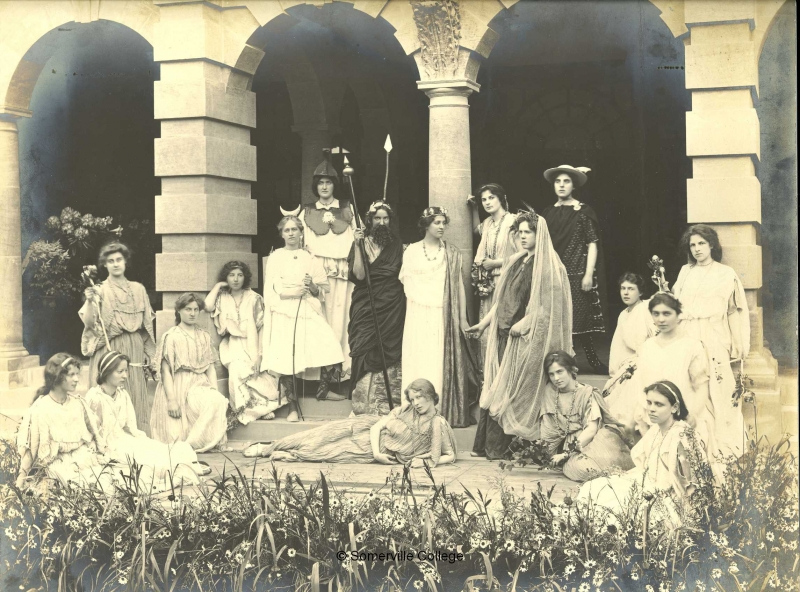 The debated ‘Women’s Service Act’ was eventually passed by a majority of 25 to 14 but the question of which should take priority for Somerville students, war work or scholarship, continued to be a subject of concern and discussion for senior and junior members of the college throughout the rest of the war.