“At the beginning of August 1916 I found myself deposited at No. 3 General Service Hospital, which was in Somerville College, Oxford.

To be lying in a little white-walled room, looking through the open window on to a College lawn, was for the first few days very much like Paradise.”

In August 1916 Siegfried Sassoon became a patient at the Somerville Section of the 3rd Southern General. Transferred from the battlefields of the Somme, his transit label recording his condition as PUO (Pyrexia of Unknown Origin, a sort of gastric fever more commonly called trench fever), Sassoon was one of several hundred patients to pass through Somerville during its four years as a hospital.

Initially used for all ranks, the Somerville Section was designated as ‘officers only’ during 1916 because the buildings  offered a large number of single-occupancy rooms. As a college, the site had been able to accommodate over 100 students plus fellows; as a hospital, the dining and junior common rooms located in House and West were converted into wards. Even so, more beds were needed and tents were pitched on the lawn in the main quad, increasing the hospital’s capacity to around 260. 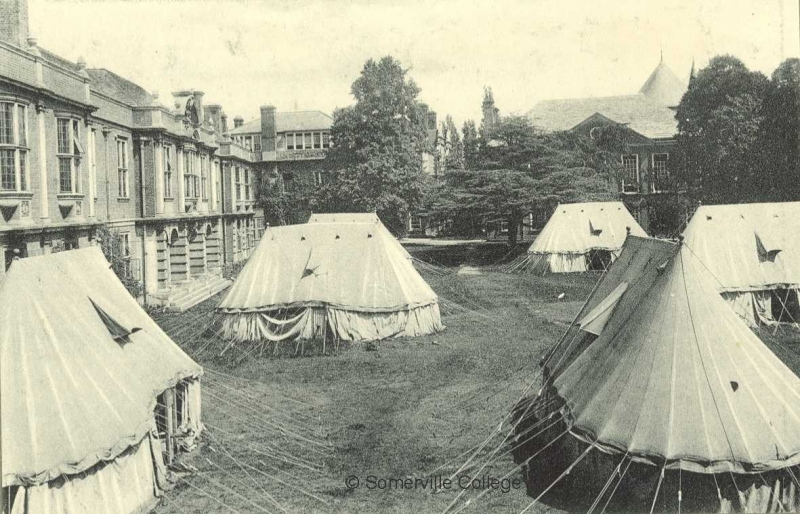 With the change to officers only, the hall, which had been converted into a ward in April 1915, reverted to use as a dining room and the SCR (Senior Common Room) was set aside for billiards.

The grounds provided a tranquil setting for patients recuperating from their injuries and illnesses.

In the calm and quiet of the college, Sassoon began to write again and once fit enough he was able to visit the Ashmolean Museum and take a canoe out on the River Cherwell.

The irony of men residing in the ‘Ladies’ College’ was appreciated by many of the patients, including Sassoon. Others, years later, delighted in claiming they had been ‘up’ at Somerville and the College is fortunate to have a number of photographs and postcards as mementoes of the patients who were in residence. 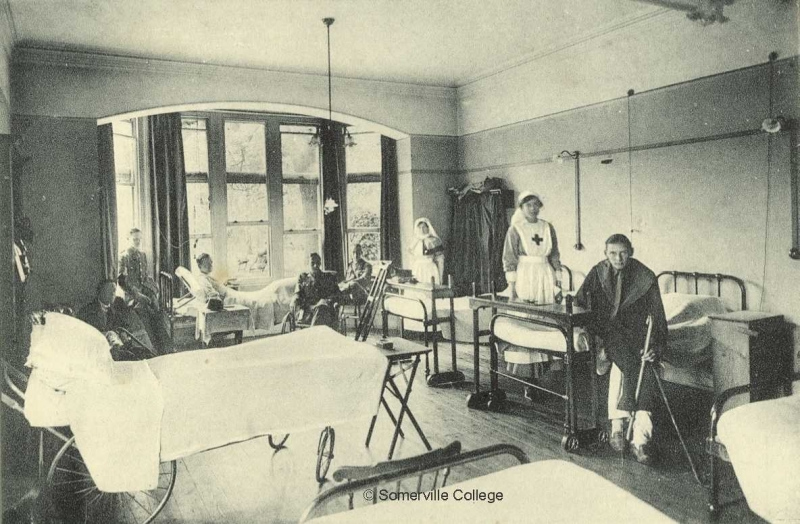