As Michaelmas Term ended in December 1914, Somerville ‘sustained an irreparable loss’ with the departure of Miss Lucy Kempson, the College librarian and Principal’s secretary. Leaving to join the war effort, she initially nursed with the Red Cross and later went on to work in the Intelligence Department of the War Office.

Miss Kempson (pictured right) was one of many women who answered their country’s call. In the early months of the war, large numbers responded to the national crisis on a voluntary basis; perceiving a need, they acted, establishing organisations and associations which reflected the pragmatism, initiative and sometimes political beliefs of their founders.

The official response to women volunteers was not always positive; Vera Brittain recounted in Testament of Youth the group of female medics who had offered their services to the War Office in 1914 only to be told “all that was required of women was to go home and keep quiet.” (Undeterred, Dr. Elsie Maud Inglis and her fellow Scottish suffragettes went on to establish the Scottish Women’s Hospitals in Serbia and France).

Lucy Kempson was the first, and one of the few, members of the SCR to leave the college altogether in order to serve.  Many women became nurses whilst some, more unusually, became ambulance drivers, such as Marie Bond (Somerville 1908-1911), who spent the winter of 1914/15 driving a Ford Motor Ambulance for the First Aid Nursing Yeomanry Corps near Calais.

Some war work was based on faith or philosophy; the Friends’ War Victims’ Relief Expedition, operating in north-eastern France from November 1914, was established as an attempt to help those who had lost everything during the German advance. Non-combatants, including women and conscientious objectors, built wooden huts and distributed furniture and clothing, agricultural tools and seed. Somervillian volunteers included former students as well as the future Principal, Margery Fry, and the Tutor in Modern Languages, Mildred Pope.

Local organisations were also called on to provide social assistance. In Liverpool, for example, a branch of the Soldiers’ and Sailors’ Families Association (SSFA) was established by Somervillian Eleanor Rathbone, at the request of the Lord Mayor. 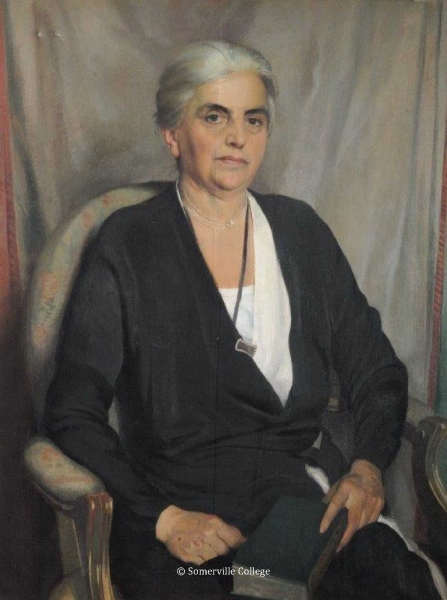 Thousands of reservists had been mobilised, without time to make any provision for their families. Miss Rathbone called on other local groups to assist, including the Liverpool Women’s Suffrage Society, the Women’s Citizens Association and the Men’s and Women’s Settlements. By May 1915, the Liverpool SSFA had raised £48,000 and assisted in seventeen thousand cases. It also established an Enquiry Office, helped find employment for ex-servicemen and started clubs for soldiers’ wives.

As the war continued, voluntary schemes were superseded by official roles coordinated by government. Women were no longer required to go home and keep quiet but were expected to participate in Britain’s total war.