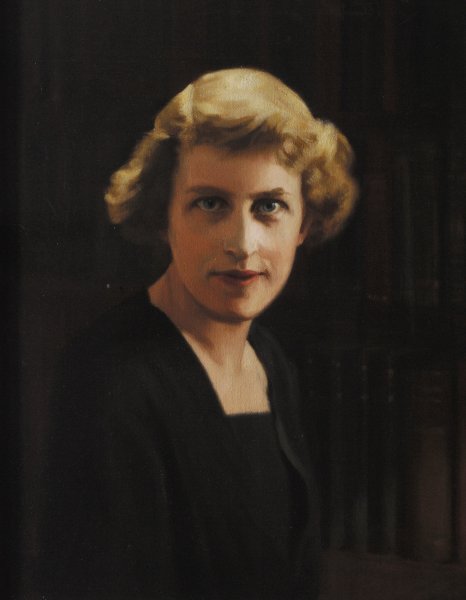 WINIFRED HOLTBY: AN INFORMED VIEW … AND A PRESCIENT ONE?
Hugh Gault

At the end of May 1929, and after five years of a reforming Conservative government, the first general election at which everybody aged 21 and over could vote had resulted in no clear majority.  Nationally, the Labour Party had won 287 seats in parliament against 260 for the Conservatives, and it was they who took office with the tacit support of 59 Liberals led by Lloyd George.

The following month the author, activist and Somerville College graduate Winifred Holtby assessed the fourteen women elected as MPs.[1]  They included Eleanor Rathbone, another Somerville graduate sitting as an Independent, and Megan Lloyd George, the sole Liberal.  The three Conservatives were all returning to the Commons, the Duchess of Atholl, Lady Iveagh and Nancy Astor, as were three of the Labour women: Margaret Bondfield, Susan Lawrence and Ellen Wilkinson.  The six new Labour women were Jennie Lee, Mary Agnes Hamilton, Cynthia Mosley, Marion Phillips, Ethel Bentham and Picton Turberville.

– yet, or perhaps partly because of this, most of the fourteen remain known today.

In addition to the achievements for which, for example, Eleanor Rathbone, Ellen Wilkinson and Nancy Astor remain known, they also helped forge a path for women representatives in the future.  But they did more than this for women.

‘The day will come when the presence of women in the House of Commons will be no more noticeable than that of men, when their political preoccupations will be determined by no consideration of sex, and when the grouping together of women members will be no more significant than the grouping of members who have travelled in the Dominions, or members with a scientific training.  But that time has not yet arrived.  The fourteen women in the new Parliament, though they differ in their interests, party allegiance, and experience, are bound together upon certain issues by the special position which women still hold under the law and the economic system as a class apart.  Not one of them perhaps is a feminist before all other claims, but on certain questions all fourteen will stand together.’

Examples of this are family allowances, education, abortion and maternal health, as well as women’s issues more generally.  It is striking, for example, that one of the things Nancy Astor is known for is the Cliveden set and appeasement in the 1930s.  What is far less well known is that one of her frequent guests at Cliveden was Ellen Wilkinson so that the two friends could work together on women’s rights.[2]

Holtby goes on to consider each of the fourteen women in turn, but at least as important is her overall conclusion that ‘they make a notable team’.  They clearly were trailblazers for women but, even given the equal rights and gender representation initiatives of the last forty years, women occupy only 195 of 650 seats in the Commons today (30%).  The gender gap remains and only when 50% of MPs are women will parliament be fully representative of the electorate.  Much remains to be done.[3]  Yet for all that, Holtby’s article remains prescient – if still predictive rather than the result itself.

[2] University of Reading Special Collections hold the Cliveden visitor books which I examined in March 2015.  One of Ellen Wilkinson’s biographers explained their connection later that month.