Winifred Hotlby came to Somerville in 1917 following a period of service in France in the First World War.  It was at Somerville that she met Vera Brittain 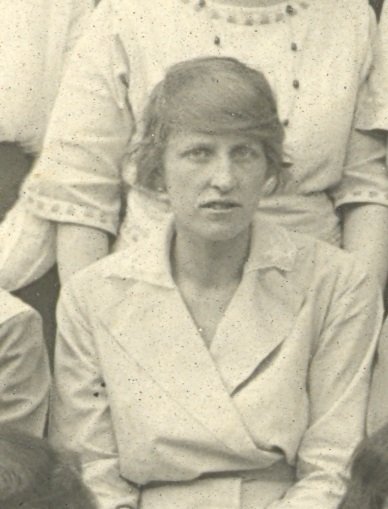 (1914 –  author of  Testament of Youth) and after an initial period of antagonism (fictionalised in Brittain’s first novel The Dark Tide) the two became close friends and after graduating they moved to London together to pursue literary careers.

In 1925 Vera Brittain married George Catlin and Winifred Holtby shared their house in London, helping to care for their two children John and Shirley (the politician Shirley Williams – Baroness Williams of Crosby).  Winifred Holtby continued writing novels and contributing to journals and magazines until her early death at the age of 37.

Winifred Holtby’s most famous work, South Riding was published posthumously and became an instant bestseller, providing scholarship income for Somerville for many years (a percentage of the royalties having been left to the College in her will).   South Riding was first filmed in 1938 but is now the subject of a new BBC adaptation featuring Anna Maxwell Martin. 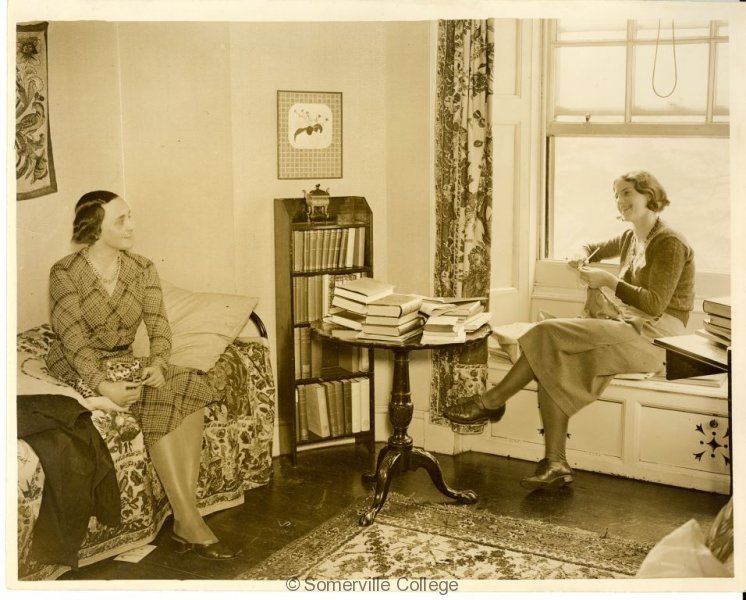 Several publicity shots were taken of Somerville life and buildings in about 1933.  Here is a scene of two young ladies relaxing in a room at Somerville – perhaps one of the newly built rooms in East Quad (later renamed Darbishire) ?  Does anyone recognise it as their room?