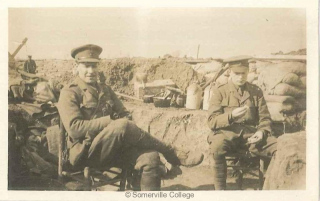 This photo was taken in France during the First World War and shows on the left, Captain W S B Bosanquet.  Bosanquet was an officer with the Coldstream Guards and the father of Philippa Foot, the eminent philosopher and Fellow of Somerville.  Mrs Foot died in October 2010 and amongst her effects was this photo and a number of letters from her father to her grandmother, Lady Bosanquet, written from the trenches.  These have now been lodged with the Imperial War Museum. 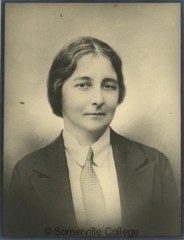 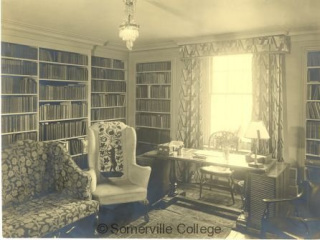