In this snap from c 1924, four Somerville students are captured in the snowy grounds of Somerville, playing musical instruments, singing carols and in one case, smoking a cigarette! The photo was given to the College in 1980 by one of the girls, Edith Standen (1923) though we cannot be sure which one she is. As ever, if anyone has any information that might help us identify the carollers, please do leave a comment or get in touch 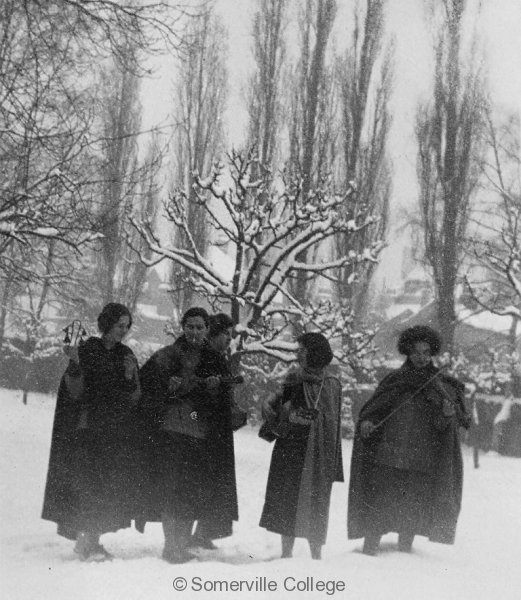 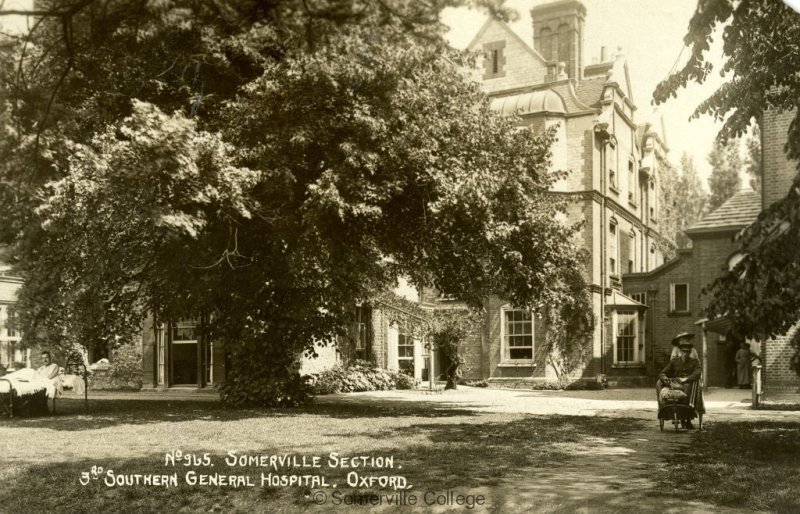 An unremarkable view of House, at first glance, taken in high summer. But instead of a student wheeling her bicycle on the right, it’s an injured soldier in his Bath Chair, and hospital beds have been placed in the shade of the tree. This is from a postcard series of ‘No.965 Somerville Section 3rd Southern General Hospital’, issued after the College was requisitioned by the War Office in Hilary, 1915.  Somerville  was thought particuarly suitable for convalescent officers and was dedicated for this purpose in 1916.  Somerville students were rehoused in an empty wing of Oriel College but many volunteered to help at the hospital in their spare time.  Some famous patients of the Somerville Section of 3rd Southern General Hospital were Siegfried Sassoon and Robert Graves. 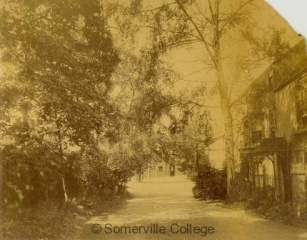 Approach to House in the early days of Somerville, almost unrecognisably rural!  The cottages on the right were originally used to house students but were demolished in 1930s to make way for the East quadrangle which is now known as Darbishire.  Below is the roughly equivalent view today. 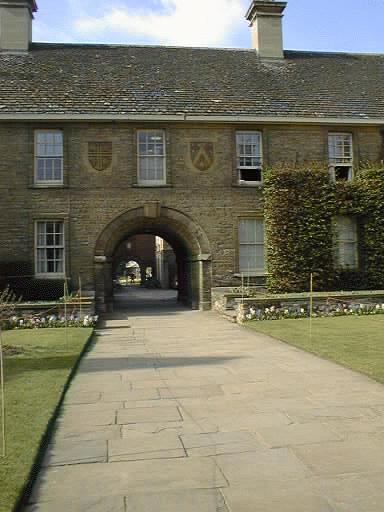 View towards House through Darbishire Quad 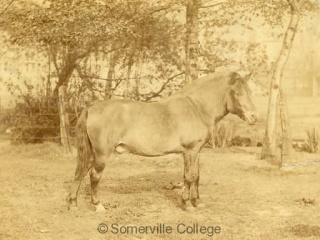 In the early days of Somerville Hall, the grounds were described in the College Log book as being quite rural and included a meadow, cows and a pig which were later replaced with a donkey and a pony.  The pony, pictured here, was ocasionally pressed into service to transport  students and staff on weekend outings.