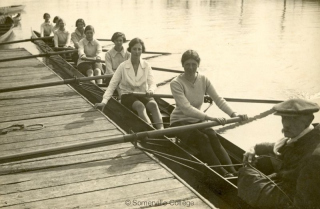 Somerville boat club celebrates its 90th anniversary this year!  Here is a photo from its early days in 1925 with a boat crew being coached by ‘Best, the waterman’ in a flat cap. Crew members are: 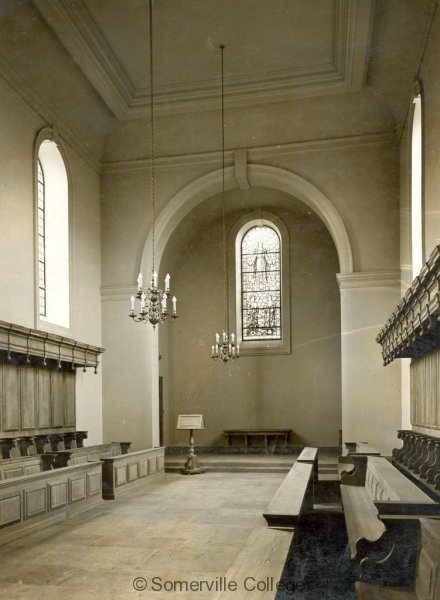 The College chapel (architect Courteney Theobald) was built in 1935 following a donation from former student, Emily Kemp.  However, as Somerville was specifically founded without religious affiliation,  some contemporaries saw the building of a chapel as contrary to this founding principle. Construction went ahead in spite of objections but the chapel was never consecrated and its one stained glass window (designer Reginald Bell) portrays  female figures representing Learning and Truth in addition to the risen Christ.  The  photograph above was taken shortly after construction and reflects the stark simplicity of the chapel which is retained today (below). 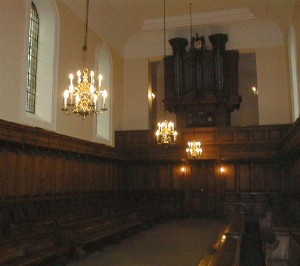